18. lappuse
The annual “ Completion Dinner " for L. U. 1098 , Appleton , Wis . the graduating apprentices in the Glazing Awards Life Membership Pin Industry in Southern California was held in Los Angeles , California on October 20 , 1964 .
3. lappuse
1340 A PAINTING and Decorating Seminar was held in San Jose , California , for the Bay Area apprentice instructors , Friday , Saturday and Sunday , September 25-27 , 1964. Another Seminar was held in Los Angeles , California , for ...
7. lappuse
Deering decisions , both of which are of great importance . under which the courts held that what conThe cases are United Mine Workers v . stitutes normal and legitimate union objecPennington and Amalgamated Meat Cut- tives or demands ... 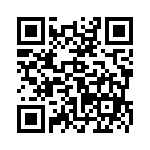