84. lappuse
A common device is registerable . Thus , a label for , cigars showing an elk's head , with the word “ Elk ” in large letters , was held a valid trade - mark when applied to the box containing the cigars.177 A star , a crown , or other ...
97. lappuse
... and puts on any device of such a character and of such a shape and appearance as that the customer generally , when he sees the shape and appearance of the plug and the device on it , INFRINGEMENT UPON TRADE - MARKS 97.
98. lappuse
appearance of the plug and the device on it , will be deceived into the belief that it is complainant's tobacco that he is buying , there is a state of facts presented by blending the size , nature , structure , and appearance of the ... 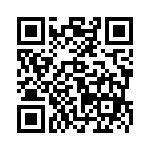