156. lappuse
But he hoped for a better yet open operating system to emerge . In the 1990s , some other programmers generated LINUX , the operating system Open Source champions needed to make free software important and powerful .
171. lappuse
Other competitors to the Apple II would have sprung up immediately , and operating systems based on the core of the Apple system might have become the standard for personal computers for many years . ? 5.27 But instead , a smaller ...
173. lappuse
The first trial judge , Judge William Schwarzer , drew the line of infringement so tightly that an operating system would have to be " virtually identical " to an original system to infringe . The second , Judge Vaughn Walker ...

Copyrights and copywrongs: the rise of intellectual property and how it threatens creativity

The author, a media scholar and cultural historian, presents a reasoned and compelling argument for "thin" copyright policy. Vaidhyanathan traces the evolution of copyright law, arguing that it has ... Lasît pilnu pârskatu

Siva Vaidhyanathan is the Robertson Family Professor of Media Studies at the University of Virginia. His work has appeared on public radio, on CNN, BBC, and in publications such as The American Scholar, The Columbia Journalism Review, The Nation, The New York Times Magazine, Washington Post BookWorld, Fast Company, The Chronicle of Higher Education, BookForum, and Dissent. 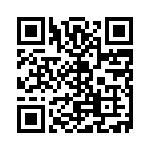