Jeffrey McConnell, Canisius College Jeffrey J. McConnell has a Ph.D. in Computer Science from Worcester Polytechnic Institute (1988), a M.S. in Computer Science from SUNY at Buffalo (1986), and a B.A. in Mathematics from Canisius College. Jeffrey J. McConnell is a full Professor at Canisius College where he has been a member of the faculty since 1983. He has served as department chair there since 1990. In 1993, he received the I. Joan Lorch Women's Studies Award for his contributions to women at Canisius College, and received a Robert H. Goddard Fellowship from Worcester Polytechnic Institute (1987-88). Dr. McConnell is a proponent of active and cooperative learning. He has incorporated this into his teaching pedagogy at a high level since 1993. He has four publications on active learning and has given 15 workshops on the topic. He was the featured speaker at George Washington University's 1997 Fall Teaching Colloquium and was the luncheon speaker for Rochester Institute of Technology's Insight 98 conference. He has created a web site with active and cooperative learning information. He also has 14 publications in the area of Computer Graphics. 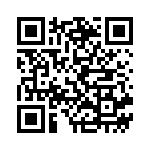