Ronald G. Walters is a professor of history at the Johns Hopkins University. He is the author of American Reformers: 1815-1860 and The Antislavery Appeal: American Abolitionism after 1830 and editor of Primers for Prudery: Sexual Advice to Victorian America and A Black Woman's Odyssey: The Narrative of Nancy Prince. 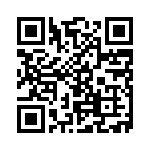