Frank Bass has been director of computer-assisted reporting at The Associated Press since 1997. He previously worked for several newspapers, including the Wall Street Journal/Texas Journal, the Houston Post, and the Alabama Journal. He is a graduate of Texas Tech University. Bass shared the 1988 Pulitzer Prize for General News Reporting for an examination of Alabama's unusually high infant mortality rate and was the 1993 Texas Headliners Foundation's Reporter of the Year. 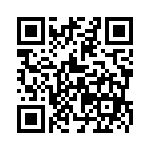