Eden H. Wurmfeld produced the indie-hit "Kissing Jessica Stein" and the award-winning documentary "Sunset Story," among others. She has worked as an assistant director, production manager and line producer on multiple films, including the 1996 hit movie "Swingers." Eden received an alumni award from the UCLA School of TV, Film and Theater and was named one of Variety's 10 Producers to Watch in 2002.
Nicole Shay LaLoggia began her career in development before earning her first producer credit on Swingers, which was picked up for distribution by Miramax in 1996. She has developed, produced, line produced, assistant directed, post-produced, marketed, sold and taught about nearly every aspect of independent filmmaking. LaLoggia is currently a producing professor at the North Carolina School of the Arts. 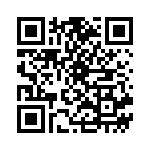