Professor of Economics and holds the C. Marks Chair at the Department of Economics, Cornell University. He has previously been Distinguished Visitor, London School of Economics (1993), Visiting Professor at the Department of Economics, Princeton University (1989-91), Member, Institute for Advanced Study, Princeton (1985-86) and Professor, Delhi School of Economics (1985-94). He is a Fellow of the Econometric Society and a recipient of the Mahalanobis Memorial Award for contributions to economics. In 1981-2 he was CORE fellow at CORE, Louvain-la-Neuve, Belgium. He has published extensively in the areas of development economics, game theory, social choice and welfare and industrial organization theory. 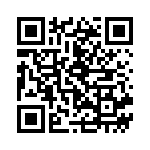