Sally Robinson is associate professor of English at Texas A&M University and the author of Engendering the Subject: Gender and Self-Representation in Contemporary Women's Fiction. 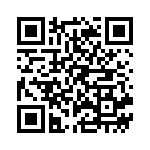