Francis Beaumont (1584-1616) and his collaborator John Fletcher (1579-1625) wrote some of the most popular dramas of Elizabethan England. Beaumont and Fletcher began to work together in about 1606 and continued their partnership until Beaumont's retirement in 1613. Beaumont apparently was the primary plotter of their plays, while Fletcher had a strong flair for language. Their comedies and tragedies include The Woman Hater, The Coxcomb, A Maid's Tragedy, The Knight of the Burning Pestle, Wit Without Money, and Philaster, Or Love Lies A Bleeding. Fletcher authored several other plays alone, such as the comedy The Wild Goose Chase (1621) and the tragedy Bonduca (1614). Cardenio, or the Second Maiden's Tragedy, and Two Noble Kinsmen are attributed to Fletcher, although there has been some speculation that he collaborated with Shakespeare on the plays. Beaumont and Fletcher's work is energetic, rich in stage thrills, declamatory speeches and bizarre plots. Although their work is not as unified as that of some of their contemporaries including Shakespeare and Webster, it influenced the development of Restoration comedy and tragedy, and thus played an important role in the history of drama. 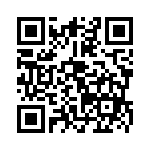