Christopher Wolfe is Professor of Political Science at Marquette University. He received his PhD from Boston College and has been teaching at Marquette University since 1978. His published books include The Rise of Modern Judicial Review (1986), Judicial Activism (1991), How to Read the Constitution (1996), Liberalism at the Crossroads (1994), and Natural Law and Public Reason (2000). His edited volumes include That Eminent Tribunal (2004), The Family, Civil Society, and the State (1998), Homosexuality and American Public Life (1999), and Same-Sex Matters (2000). Dr Wolfe has published articles in First Things, book reviews, and various opinion pieces. He is the founder and President of the American Public Philosophy Institute. 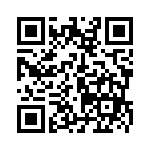