16. lappuse
Let's take a simple example , and list all the a characters that appear in the following selection , which is the first paragraph of a short story written by one of my students : Slamming the door behind him , Jim ran down the porch ...
14. lappuse
Where did I get these characters ? In the oil patch . I searched them out — drillers , roughnecks , derrick men , “ nipple - chasers ” ( roustabouts ) , oil operators , blacklisted directional engineers , ex - madams , and all .
14. lappuse
Sometimes the impressions can't be totally harnessed , although I think it would be foolish to say , as one author has , that one's characters cannot be controlled and run away from him . From " A Talk with John Cheever " , by Richard ... 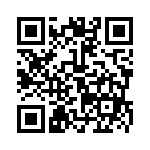