758. lappuse
Poet . That were a heavy and hard task , to All that is discovered of a scene , are two erected satisfy Expectation , who is so severe an exacpillars , dedicated to Neptune , rith this inscription tress of duties ; ever a tyrannous ...
759. lappuse
Poet . Yes , we have a tree too , He is an architect , an inginer , Which we do call the tree of Harmony , A soldier , a physician , a philosopher , And is the same with what we read the sun A general mathematician !
887. lappuse
Hence he is called a poet , not he which handle the kinds of poems , with their special writeth in measure only , but that feigneth and differences ; or make court to the art itself , as a formeth a fable , and writes things like the ... 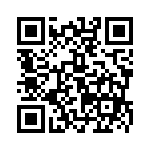