51. lappuse
Nor had they learned to deal with a new political world in which laws and
constitutions had acquired real meaning . Acting without meeting the legal
requirement of Supreme Soviet approval of the declaration of emergency rule ,
they were ...
140. lappuse
This extraordinary rise of a hitherto obscure political figure reached a spectacular
climax in 1999 when Putin became , in rapid succession , secretary of the
Security Council ( March ) , prime minister ( August ) , and acting president (
December ) ...
143. lappuse
the reformist right liberals of Kirienko ' s URF offered a great improvement in the
prospects for both political and economic reform . In sum , a major political
transformation had been accomplished , for which Putin deserved most of the
credit .

Herbert J. Ellison is professor emeritus of history and international studies at the University of Washington, where he continues to teach. He has served as director of the University's Henry M. Jackson School of International Studies and was formerly director of the Kennan Institute for Advanced Russian Studies in Washington, D.C. He is the author or coauthor of five books on Russian history and foreign policy. 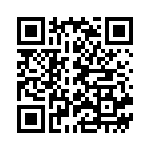