1. lappuse - The names of the twelve apostles are these: first, Simon, who is called Peter, and Andrew his brother; James the son of Zebedee, and John his brother; Philip and Bartholomew; Thomas and Matthew the tax collector; James the son of Alphaeus and Thaddaeus; Simon the Cananaean; and Judas Iscariot, who betrayed him.
Iekďauts 123 grâmatâs, sâkot no 1885. lîdz 2008.

Phyllis Zagano is senior research associate-in-residence and adjunct professor of religion at Hofstra University and founding co-chair of the Roman Catholic Studies Group of the American Academy of Religion. The author or editor of eighteen books in religious studies, including Catholic Press Association and College Theology Society book award winners, Zagano is also the series editor of the Spirituality in History Series published by Liturgical Press. 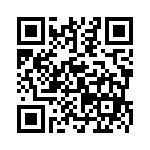