128. lappuse
The roster of the House , as read on roll call , was approved by the Committee on Credentials and Admissions . Committee Chairman Herbert G. Nilles of North Dakota moved that the roster , as read and approved by the Committee ...
215. lappuse
Junior Bar Conference : Transmitted with the Board's recommendation that the House approve the proposed By - Law ... transmits the proposed amendments to the Section By - Laws with the recommendation that they be approved by the House .
103. lappuse
APPROVED LAW SCHOOLS CONTINUED Provisional approval Minnesota , Un , of , Law School , Minneapolis , Mion . Mississippi , Un . of , School of Law , University , Miss . Missouri , Un . of , School of Law , Columbia , Mo. 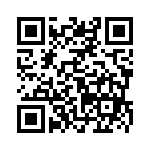