Charles J. Russo, J.D., Ed. D. holds the Joseph Panzer Chair of Education in the School of Education and Allied Professions and is Adjunct Professor in the School of Law at the University of Dayton. The 1998-99 President of the Education Law Association, Dr. Russo is widely published. He has been a visiting Professor in Asia, Australia, Europe, and South Africa and has spoken in more than 20 countries. Before joining the faculty of the University of Dayton, Dr. Russo taught at the University of Kentucky in Lexington, Kentucky and at Fordham University in New York. He received his B.A., J.D., and Ed.D. from St. John's University in New York and received his Master of Divinity degree from the Seminary of the Immaculate Conception in Huntington, New York 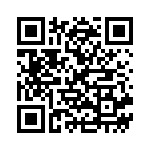