Nicholas R. Lardy is a senior fellow at the Institute for International Economics and a former senior fellow in the Foreign Policy Studies program at the Brookings Institution. His previous books include China in the World Economy (Institute for International Economics, 1994) and Foreign Trade and Economic Reform in China, 1978-1990 (Cambridge, 1992). 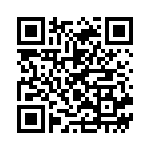