ROBERT M. SOOFER is an Instructor at Georgetown University and National Defense Analyst for the U.S. Senate Republican Policy Committee. He has contributed articles to Military Review, Comparative Strategy, Global Affairs, The London Times, and the Journal of Civil Defense, among others. 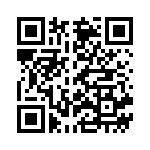