461. lappuse
1959 , Judge William Lee Knous , of the United States District Court for the District of Colorado , died . After a favorable report of your committee to the Attorney General , the President , on February 19 , 1960 , nominated Hatfield ...
466. lappuse
Preston C. King , Jr. , Washington , D. C. , member of the Standing Committee on Federal Judiciary , at the induction of Oren R. Lewis as Judge of the United States District Court for the Eastern District of Virginia on June 17 , 1960 .
619. lappuse
Sir C. D. Zafrulla ( Pakistan ) : Judge , Supreme Court of India . ... The Communist Judges and Their Record The argument was made by some that we must keep the Connally Amendment because the International Court has two judges from ... 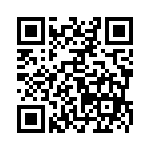