23. lappuse
The simplest kind of pattern is a collection of items in sequence , for example :
variable _ assignment = target : = expression ; This rule indicates that a VHDL
clause in the category ō variable _ assignment ö is defined to be a clause in the ...
205. lappuse
3 Use Clauses We have seen how we can refer to an item provided by a package
by writing its selected name , for ... We saw in Chapter 5 that we can write a use
clause to make a library unit directly visible in a model , allowing us to omit the ...
207. lappuse
One final point to clarify about use clauses before looking at an extended
example is the way in which they may be included at ... The library clause and the
use clause together form the context clause for the entity declaration in this
example . 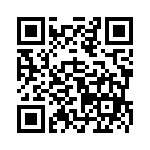