Fred I. Greenstein is Professor of Politics at Princeton University and Director of Princeton's Woodrow Wilson School program in leadership studies. He has written or edited eight books on the American presidency, including The Hidden-Hand Presidency, a groundbreaking study of Eisenhower's subtle use of political power and the winner of the Louis Brownlow Book Award. The Economist called The Hidden-Hand Presidency "The most important book on the presidency to appear since Richard Neustadt's Presidential Power was published more than two decades ago." 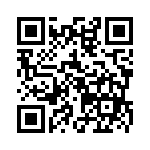