Gary B. Miles is Professor of History at Cowell College at the University of California, Santa Cruz. He is also the author of Virgil's Georgics: A New Interpretation. 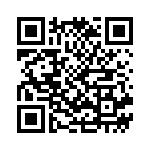