Sir Arthur Watts read Law at Cambridge, then joined the Foreign Office (now the Foreign & Commonwealth Office) in 1956 as an assistant legal adviser. After a varied career with the FCO, he became Deputy Legal Adviser in 1982 and The Legal Adviser in 1987. He retired in 1991, and took up practice at
the Bar. He has appeared in a number of cases before the International Court of Justice, as well as participating in several international arbitrations. Since 1996 he has also been the international mediator for succession issues arising from the break up of the former Yugoslavia. 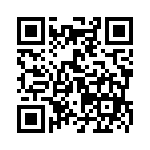