Jan Bergstra is a Dutch computer scientist, living in Utrecht. He has worked at the Institute of Applied Mathematics and Computer Science of the University of Leiden, and the Centrum Wiskunde & Informatica (CWI) in Amsterdam. In 1985 he became Professor of Programming and Software Engineering at the Informatics Institute of the University of Amsterdam and Professor of Applied Logic at Utrecht University. His work has focussed on logic and the theoretical foundations of software engineering, especially on formal methods for system design. He is best known for work on algebraic methods for the specification of data and computational processes in general. Mark Burgess is a British theoretical physicist, turned computer scientist, living in Oslo, Norway. After authoring and consulting for the IT industry and holding a number of research and teaching positions, he was appointed Professor of Network and System Administration at Oslo University College in 2005, which he held until resigning in 2011 to found the CFEngine company. He is the originator of the globally used CFEngine software as well as founder of CFEngine AS, Inc. He is the author of many books and scientific publications, and is a frequent speaker at international events. 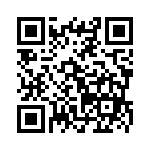