x. lappuse - The contributors wish to thank the following individuals and organizations for their assistance and for the valuable information they provided: Mr.
Iekďauts 8 grâmatâs, sâkot no 1964. lîdz 2002.

CHARLES P. MITCHELL has served as director of a number of Maine libraries and has been Chairman of the Southern Maine Library District. He is the author of A Guide to Charlie Chan Films (Greenwood, 1999). 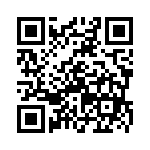