12. lappuse - The United States in congress assembled shall also have the sole and exclusive right and power of regulating the alloy and value of coin struck by their own authority, or by that of the respective states..
IekÔauts 718 gr‚mat‚s, s‚kot no 1796. lÓdz 2008.
14. lappuse - Madison, who became satisfied that striking out the words would not disable the government from the use of public notes, so far as they could be safe and proper; and would only cut off the pretext for a paper currency, and particularly for making the bills a tender, either for public or private debts.
IekÔauts 123 gr‚mat‚s, s‚kot no 1857. lÓdz 2008.

J. Willard Hurst was born October 6, 1910, in Rockford, Illinois, and educated at Williams College and Harvard Law. He then worked as a research fellow for Felix Frankfurter at Harvard, and clerked for Supreme Court Justice Louis D. Brandeis. He was also on the faculty of both University of Wisconsin Law School, Northwestern, Stanford, Utah, Madison and Florida. He also served on the Board of Economic Warfare from 1942-43 and was a lieutenant in the U.S. Naval Reserve from 1943-46. In 1944, he helped prepare the first modern treason case to come before the U.S. Supreme Court. He is the author of many books including Law and The Conditions of Freedom in The Nineteenth-century United States (1956), which is perhaps his best known work; Law and Markets in U.S. History: Different Modes of Bargaining among Interests (1983) and A Legal History of Money in the United States. He is widely regarded as the grandfather of American legal history. 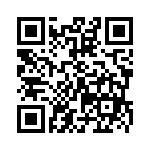