A fine study of the assassinated senator's contribution to national politics. That we speak at all of a Kennedy legacy is because of Robert Kennedy, writes historian Hilty (Temple Univ.), who has also ... Lasît pilnu pârskatu

James W. Hilty, Professor of History at Temple University, has written exclusively about the Kennedys including John F. Kennedy: An Idealist Without Illusion. He has also provided political commentaries for various publications including the Philadelphia Inquirer and served as historical consultant for an NBC News syndicated documentary, "Robert F. Kennedy: The Man, The Myth, and the Memories," narrated by Tom Brokaw. 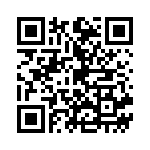