51. lappuse
EDWARD S. SILVER , District Attorney , Kings Co. , Brooklyn , N. Y. 11201 For term ending 1966 Rufus Kıya , Woodward Bldg . , Washington , D. C. 20005 GERALD S. LEVIN , Hall of Justice , San Francisco , Calif .
401. lappuse
In announcing the creation of a national commission to study all aspects of crime and the administration of justice , he said : " The present wave of violence and the staggering property losses inflicted upon the nation by crime must be ...
451. lappuse
The amendment proposed by the Committee would establish a Court on the Judiciary with power to terminate the service of any federal judge , except a Justice of the Supreme Court , after notice and hearing , for “ physical or mental ... 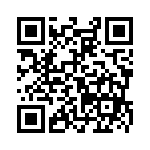