David Allen Hamburg was born in Evansville, Indiana on October 1, 1925. He received a bachelor's degree in 1944 and a medical degree in 1947 from Indiana University. He was a professor and chairman of the psychiatry department at Stanford University from 1961 to 1972, the John D. MacArthur professor of health at Harvard University from 1980 to 1983, president of the Carnegie Corporation of New York from 1982 to 1997, and a DeWitt Wallace distinguished scholars at Weill Cornell Medical College in New York. Hamburg advanced biological and genetic research into the causes of aggression and violence as a psychiatrist and was able to test his theories on conflict resolution with Soviet leaders during the Cold War and in negotiations with African guerrillas holding his students hostage. He received the Presidential Medal of Freedom in 1996. He wrote numerous books including Today's Children: Creating a Future for a Generation in Crisis, No More Killing Fields: Preventing Deadly Conflict, Learning to Live Together: Preventing Hatred and Violence in Child and Adolescent Development, Preventing Genocide: Practical Steps toward Early Detection and Effective Action, Give Peace a Chance: Preventing Mass Violence written with Eric Hamburg, and A Model of Prevention: Life Lessons. He died from ischemic colitis on April 21, 2019 at the age of 93. 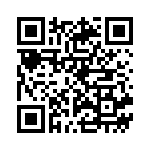