xii. lappuse - Defendants shall have the right to written notice which is timely and contains sufficient detail, including the basis of the claims.
IekÔauts 39 gr‚mat‚s, s‚kot no 1991. lÓdz 2008.
ii. lappuse - In order to reduce the distortions and impediments to international trade, and taking into account the need to promote effective and adequate protection of intellectual property rights, and to ensure that measures and procedures to enforce intellectual property rights do not themselves become barriers to legitimate trade, the negotiations shall aim to clarify GATT provisions and elaborate as appropriate new rules and disciplines.
IekÔauts 137 gr‚mat‚s, s‚kot no 1959. lÓdz 2008.
Vair‚k
xi. lappuse - Members, when requiring, as a condition of approving the marketing of pharmaceutical or of agricultural chemical products which utilize new chemical entities, the submission of undisclosed test or other data, the origination of which involves a considerable effort, shall protect such data against unfair commercial use.
IekÔauts 54 gr‚mat‚s, s‚kot no 1949. lÓdz 2008.
vii. lappuse - Members may also exclude from patentability: (a) diagnostic, therapeutic and surgical methods for the treatment of humans or animals; (b) plants and animals other than micro-organisms, and essentially biological processes for the production of plants or animals other than non-biological and microbiological processes.
IekÔauts 171 gr‚mat‚s, s‚kot no 1962. lÓdz 2008.
vii. lappuse - Article, patents shall be available and patent rights enjoyable without discrimination as to the place of invention, the field of technology and whether products are imported or locally produced.
IekÔauts 152 gr‚mat‚s, s‚kot no 1981. lÓdz 2008.
viii. lappuse - Where the law of a Member allows for other use of the subject matter of a patent without the authorization of the right holder, including use by the government or third parties authorized by the government...
IekÔauts 54 gr‚mat‚s, s‚kot no 1981. lÓdz 2008.
Maz‚k

Michael A. Gollin is a partner and patent attorney at Venable LLP. He is also an adjunct professor at Georgetown University's McDonough School of Business, where he teaches strategic management of intellectual property. Mr Gollin obtained his bachelor's degree in biochemical sciences from Princeton University, and a master's degree in zoology and molecular biology from the University of Zurich, where he was a Swiss National Foundation Fellow. He received his law degree from Boston University School of Law in 1984, where he was a Tauro Scholar and Liacos Scholar and received the Faculty Award. He worked in law firms in Boston and New York before moving to Maryland and building an international intellectual property law practice in Washington, DC. In addition to numerous appointed and elected positions, in 2002, Mr. Gollin launched Public Interest Intellectual Property Advisors (PIIPA), a pro bono service for developing country clients. Mr. Gollin has co-authored two books - Biodiversity Prospecting and Innovations in Ground Water and Soil Cleanup: From Concept to Commercialization - and has published and presented about 100 law review articles, papers, and speeches. He has provided commentary on intellectual property issues to news media such as National Public Radio, Time Magazine, Guardian Weekly, Legal Times, Fox News Channel, and Bloomberg News. 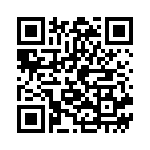