Michael C. Mozer is a Professor in the Department of Computer Science and the Institute of Cognitive Science at the University of Colorado, Boulder. In 1990 he received the Presidential Young Investigator Award from the National Science Foundation.

Michael E. Hasselmo is Professor of Psychology and Director of the Computational Neurophysiology Laboratory at Boston University, where he is also a faculty member in the Center for Memory and Brain and the Program in Neuroscience and principal investigator on grants from the National Institute of Mental Health and the Office of Naval Research. 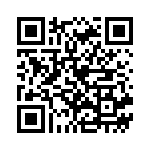