Fitzgerald's ability to present a theme based on stories that are almost pedestrian constantly amazes me. Each story leaves me to ponder the meaning of the mundane and his ability to moralise ... Lasīt pilnu pārskatu

"The diamond as big as the Ritz" and other stories

Much of Scott's work is going public domain, and reprints are coming fast and furious. Besides "Diamond," this contains other gems, e.g., "The Ice Palace" and "Bernice Bobs Her Hair." Penguin has also released an $8.95 edition of The Beautiful and the Damned (ISBN 0-14-118087-0). Lasīt pilnu pārskatu

F(rancis) Scott Fitzgerald was born in St. Paul, Minnesota, on September 24, 1896. He was educated at Princeton University and served in the U.S. Army from 1917 to 1919, attaining the rank of second lieutenant. In 1920 Fitzgerald married Zelda Sayre, a young woman of the upper class, and they had a daughter, Frances. Fitzgerald is regarded as one of the finest American writers of the 20th Century. His most notable work was the novel, The Great Gatsby (1925). The novel focused on the themes of the Roaring Twenties and of the loss of innocence and ethics among the nouveau riche. He also made many contributions to American literature in the form of short stories, plays, poetry, music, and letters. Ernest Hemingway, who was greatly influenced by Fitzgerald's short stories, wrote that Fitzgerald's talent was "as fine as the dust on a butterfly's wing." Yet during his lifetime Fitzgerald never had a bestselling novel and, toward the end of his life, he worked sporadically as a screenwriter at motion picture studios in Los Angeles. There he contributed to scripts for such popular films as Winter Carnival and Gone with the Wind. Fitzgerald's work is inseparable from the Roaring 20s. Berenice Bobs Her Hair and A Diamond As Big As The Ritz, are two short stories included in his collections, Tales of the Jazz Age and Flappers and Philosophers. His first novel The Beautiful and Damned was flawed but set up Fitzgerald's major themes of the fleeting nature of youthfulness and innocence, unattainable love, and middle-class aspiration for wealth and respectability, derived from his own courtship of Zelda. This Side of Paradise (1920) was Fitzgerald's first unqualified success. Tender Is the Night, a mature look at the excesses of the exuberant 20s, was published in 1934. Much of Fitzgerald's work has been adapted for film, including Tender is the Night , The Great Gatsby, and Babylon Revisited which was adapted as The Last Time I Saw Paris by Metro-Goldwyn-Mayer in 1954. The Last Tycoon, adapted by Paramount in 1976, was a work in progress when Fitzgerald died of a heart attack on December 21, 1940, in Hollywood, California. Fitzgerald is buried in the historic St. Mary's Cemetery in Rockville, Maryland. 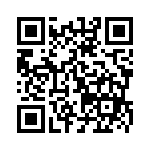