Ernst Mayr (1904 2005) was Professor Emeritus and former Director of the Museum of Comparative Zoology at Harvard University. For his contributions as an evolutionary biologist, taxonomist, ornithologist, as well as historian and philosopher of biology, Mayr was hailed as 'he Darwin of the 20th century'.

Gunther Schmidt was a Professor in the Faculty for Informatics of the Universitat der Bundeswehr Munchen before his retirement in 2004. 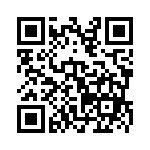