ROBERT F. GORMAN is Distinguished Teaching Professor of Humanities and Professor of Political Science at Southwest Texas State University. He served as a Council on Foreign Relations Fellow in the U.S. Department of State's Bureau for Refugee Programs, working on African refugee issues, and was also a visiting scholar at Africare, an American private voluntary organization. He is the author of numerous articles on refugee affairs, African politics, foreign affairs, and international relations. He is the author of many books, including Historical Dictionary of Refugee and Disaster Relief Organizations (2000), Historical Dictionary of Human Rights and Humanitarian Organizations (1997), and Refugee Aid and Development: Theory and Practice (Greenwood Press, 1993). 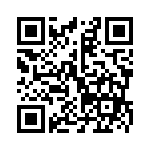