THE DAY BEFORE YESTERDAY: Reconsidering America's Past, Recovering the Present

The postwar golden age of America, to which conservatives fondly advert, is a historical anomaly that will not likely be repeated: So writes Newsweek International editor Elliott in this well ... Lasît pilnu pârskatu

The day before yesterday: reconsidering America's past, rediscovering the present

Elliott, the editor of Newsweek International and former Washington bureau chief of the Economist, speaks to how the breakdown of the nuclear family, job and career instability, unchecked immigration ... Lasît pilnu pârskatu

Michael John Elliott was born in Liverpool, England on May 31, 1951. He received a bachelor's degree in jurisprudence in 1972 and a bachelor of civil law degree at Worcester College, Oxford University. He taught at Northwestern University in Illinois and had a tenured professorship at the London School of Economics and Political Science. At the age of 33, he joined The Economist, where he eventually became the Washington bureau chief and political editor. He later worked as editor of Time International and Newsweek International. In 2011, he turn toward humanitarianism by becoming the president and chief executive of The One Campaign, an advocacy group that combats extreme poverty and preventable disease. He retired from that post in 2016. He wrote four books during his lifetime including The Day Before Yesterday. He died from complications of bladder cancer on July 14, 2016 at the age of 65. 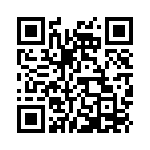