Arthur J. Atkinson, Jr., M.D., M.A.C.P., is Adjunct Professor of Pharmacology at the Feinberg Medical School of Northwestern University. He has held leadership roles in clinical pharmacology for more than 50 years, working in both academia and the pharmaceutical industry, and for NIH. He founded and for 24 years directed a Clinical Pharmacology Center at Northwestern, rising to the rank of Professor of Pharmacology and Medicine. He was subsequently Corporate Vice President for Clinical Development and Medical Affairs at the Upjohn Company. Following the Upjohn-Pharmacia merger, he was recruited to be Senior Advisor in Clinical Pharmacology at the NIH Clinical Center. There, he initiated a clinical pharmacology course and served as lead editor for the previous three editions of Principles of Clinical Pharmacology, the required text for the course. Dr. Atkinson has been elected Master of the American College of Physicians and to membership in the American Association of Physicians. He received the Harry Gold Award from ASPET, the Oscar Hunter Award from ASCPT, and the Award in Excellence from the PhRMA Foundation. 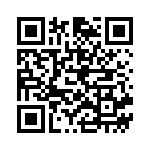