Hiding from humanity: disgust, shame, and the law

Often, contentious social issues like gay marriage, pornography and stem cell research are framed in terms of religion, morality and the public good. This erudite and engaging treatise contends that ... Lasît pilnu pârskatu

Martha C. Nussbaum is the Ernst Freund Distinguished Service Professor of Law and Ethics in the Philosophy Department, Law School, and Divinity School at the University of Chicago. Her most recent book is Upheavals of Thought: The Intelligence of Emotions. 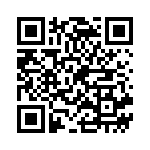