30. lappuse - I confess that in America I saw more than America; I sought there the image of democracy itself, with its inclinations, its character, its prejudices, and its passions...
Iekďauts 56 grâmatâs, sâkot no 1838. lîdz 2007.

Hugh Ridley was professor of German at University College Dublin for twenty-six years, and visiting professor at the University of Essen. His books include studies of major German authors - Thomas Mann (1987, 1995), Rilke (with Herbert Herzmann 1992) and Gottfried Benn (1990) - together with work encompassing broad sweeps through European and German culture: Industrie und deutsche Literatur (with Keith Bullivant, 1975) and Images of Imperial Rule (1983). His numerous essays include work on the Vormärz, Nietzsche, Weimar Republic, Walter Benjamin and the GDR, on system theory and the techniques and ideology of literary history. 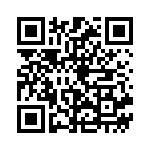