I picked up this book with sigh--not another "now it can be told about the USSR story''--but found myself fully engrossed in this tale of the post-1989 KGB. From the inside story of the 1991 anti ... Lasît pilnu pârskatu

MARTIN EBON served with the U.S. Office of War Information during World War II. He was subsequently on the staff of the Foreign Policy Association and, during the Korean War, was with the U.S. Information Agency. Ebon has lectured on world affairs and communist tactics, in particular, at New York University and the New School for Social Research. He is the author or editor of more than sixty books, and his numerous articles have appeared in such publications as the New York Times, Psychology Today, and the International Journal of Intelligence and Counterintelligence. 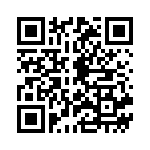