Morris Raphael Cohen, who taught philosophy at the City College of New York and who began life as the son of Russian-Jewish immigrants, was one of the foremost Jewish intellectuals in America during the first half of the twentieth century. He expounded a philosophy of rationalism and realism in step with contemporary science and relevant to the social issues of his times and, through his books and teaching, had a widespread influence. His book, Reason and Nature (1931), offered a clear exposition and critique of the central concepts in science and sought to demonstrate that the scientific method required rational elements (mathematics and formal logic) no less than experimental procedures that appealed to sense experience.

Born in Czechoslovakia, Ernest Nagel emigrated to the United States and became a naturalized American citizen. In 1923 he graduated from the City College of New York, where he had studied under Morris Cohen, with whom he later collaborated to coauthor the highly successful textbook, An Introduction to Logic and Scientific Method (1934). Pursuing graduate studies at Columbia University, he received his Ph.D. in 1930. After a year of teaching at the City College of New York, he joined the faculty of Columbia University, where in 1955 he was named John Dewey Professor of Philosophy. In 1966 he joined the faculty of Rockefeller University. Nagel was one of the leaders in the movement of logical empiricism, conjoining Viennese positivism with indigenous American naturalism and pragmatism. In 1936 he published in the Journal of Philosophy the article "Impressions and Appraisals of Analytic Philosophy," one of the earliest sympathetic accounts of the works of Ludwig Wittgenstein, Moritz Schlick, and Rudolf Carnap intended for an American audience. Nagel was esteemed for his lucid exposition of the most recondite matters in logic, mathematics, and natural science, published in essays and book reviews for professional journals, scientific periodicals, and literary reviews. Two of his books, now out of print, consisted of collections of his articles, Sovereign Reason and Other Studies in the Philosophy of Science (1954) and Logic Without Metaphysics and Other Essays in the Philosophy of Science (1957). He also wrote a monograph, Principles of the Theory of Probability (1939) which appeared in the International Encyclopedia of Unified Science. In his major book-length work, The Structure of Science, Nagel directed his attention to the logic of scientific explanations.

John Corcoran has worked as an entertainment reporter, critic & feature reporter in TV stations in Washington, DC, Boston & Los Angeles, earning Emmys in each market. He has been a radio talk show host, after-dinner speaker, freelance writer, columnist & author. He wants you to know he is not Johnnie Cochran the lawyer, or John Cochran the network newscaster. 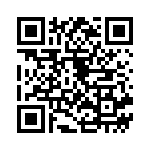