xviii. lappuse
For that reason, Pamela found it is both natural and appropriate that Groklaw try to contribute to a positive outcome. Eugene Kim is the cofounder and principal of Blue Oxen Associates, a think tank and consultancy focused on improving ...
xxix. lappuse
While not everyone who comes brings an art project, the expectation is that projects will be interactive in nature and that no one is there simply to observe. All are there to participate. Burning Man has no “audience.
xxxv. lappuse
In other words, by its very nature, open source has very low marketing costs that create an inbound sales channel of prequalified leads. Open source software companies that exploit this dynamic can thus maintain lower overall operating ...
xxxvi. lappuse
The natural response has indeed been a lowering of prices in countries ranging from Brazil to India. Yet the significance of open source goes far beyond commoditization and price pressure. Read the essays here from Jesus M.
xxxvii. lappuse
The standard employment contract and the proprietary software it engenders preclude stewardship. Open source software, however, by its very nature encourages stewardship. Again, the motivation here is not altruism or Introduction ...
nâkamâ » 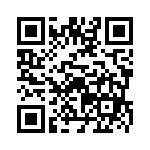