When government was good: memories of a life in politics

Offering both an autobiography and a critique of Congress, Reuss, the former liberal Democratic congressman from Milwaukee, accounts for the first 86 years of his life. His sixth book reflects his ... Lasît pilnu pârskatu

Henry S. Reuss has written five other books, one of which is co-authored by his wife Margaret. 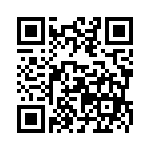