106. lappuse
When it comes to other things , you have to balance . ... The thing you really want to avoid having these limitations in an interface that is set in stone . ... Right now the only vendor that does such a stupid thing is Microsoft .
132. lappuse
... world's computers can pass notes around to each other , and have some chance of doing the right thing with them . ... it anyone is in Christ , he is a new creationald things have passed away , behold , all things have become new 2 ...
138. lappuse
Here are more simple circles that represent complicated things . Here's the symbol for earth : Here's the symbol for Mars : And here's the symbol for Venus : ( 0 ) Now , I used to work at Jet Propulsion Laboratory , and I helped just a ...

Chris DiBona is the cofounder of both Konstrux Technologies, which implements gforge for companies, and her sister company, Damage Studios. He also co-edited the O'Reilly book Open Sources: Voices from the Open Source Software Revolution and was an editor at Slashdot.org for some time, where he also ran the polls and can be found on TechTV where he does Linux segments for The ScreenSavers. 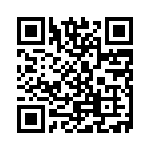