Professor HILLEL SHUVAL is Director of the Department of Environmental Health Sciences at the Hadassah Academic College-Jerusalem and Professor Emeritus at the Hebrew University of Jerusalem, Israel. He served as initiator and co-chairman of the First and Second Israeli-Palestinian International Conferences on Water held in Zurich in 1992 and Antalya, Turkey, 2004.
Professor HASSAN DWEIK is a Professor of Polymer and Industrial Chemistry at the Al-Quds University in Jerusalem; he served as the co-Chairman of the Second Israeli-Palestinian International Conference on Water in Antalya in 2004. He is Executive Vice President at Al-Quds University. He has published many articles on environmental issues in Palestine, in particular on water pollution and solid waste management. 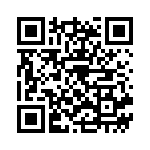