28. lappuse - It is unnecessary to consider now whether legislation which restricts those political processes which can ordinarily be expected to bring about repeal of undesirable legislation, is to be subjected to more exacting judicial scrutiny under the general prohibitions of the Fourteenth Amendment than are most other types of legislation.
Iekļauts 261 grāmatās, sākot no 1927. līdz 2008.
12. lappuse - Certainly all those who have framed written Constitutions contemplate them as forming the fundamental and paramount law of the nation, and consequently the theory of every such government must be that an act of the Legislature repugnant to the Constitution is void...
Iekļauts 536 grāmatās, sākot no 1804. līdz 2008.
Vairāk
26. lappuse - It is enough that there is an evil at hand for correction, and that it might be thought that the particular legislative measure was a rational way to correct it.
Iekļauts 155 grāmatās, sākot no 1923. līdz 2008.
30. lappuse - The foregoing cases suggest that specific guarantees in the Bill of Rights have penumbras, formed by emanations from those guarantees that help give them life and substance.
Iekļauts 391 grāmatās, sākot no 1865. līdz 2008.
45. lappuse - When the architects of our republic wrote the magnificent words of the Constitution and the Declaration of Independence, they were signing a promissory note to which every American was to fall heir. This note was a promise that all men, yes, black men as well as white men, would be guaranteed the unalienable rights of life, liberty, and the pursuit of happiness.
Iekļauts 207 grāmatās, sākot no 1963. līdz 2008.
12. lappuse - That the people have an original right to establish for their future government such principles as in their opinion shall most conduce to their own happiness is the basis on which the whole American fabric has been erected.
Iekļauts 364 grāmatās, sākot no 1812. līdz 2007.
30. lappuse - The Third Amendment in its prohibition against the quartering of soldiers "in any house" in time of peace without the consent of the owner is another facet of that privacy. The Fourth Amendment explicitly affirms the "right of the people to be secure in their persons, houses, papers, and effects, against unreasonable searches and seizures." The Fifth Amendment in its Self-Incrimination Clause enables the citizen to create a zone of privacy which government may not force him to surrender to his detriment....
Iekļauts 185 grāmatās, sākot no 1937. līdz 2008.
76. lappuse - Freedom of discussion, if it would fulfill its historic function in this nation, must embrace all issues about which information is needed or appropriate to enable the members of society to cope with the exigencies of their period.
Iekļauts 212 grāmatās, sākot no 1883. līdz 2007.
28. lappuse - ... prejudice against discrete and insular minorities may be a special condition, which tends seriously to curtail the operation of those political processes ordinarily to be relied upon to protect minorities, and which may call for a correspondinglymore searching judicial inquiry.
Iekļauts 228 grāmatās, sākot no 1890. līdz 2008.
246. lappuse - Property does not have rights. People have rights. The right to enjoy property without unlawful deprivation, no less than the right to speak or the right to travel, is in truth a 'personal' right, whether the 'property' in question be a welfare check, a home or a savings account.
Iekļauts 58 grāmatās, sākot no 1928. līdz 2007.
Mazāk

James L.Swanson is the Edgar Award winning author of the New York Times bestseller Manhunt: The 12-Day Chase for Lincoln's Killer. In 2009 in Newsweek magazine, Patricia Cornwell named Swanson's Manhunt and Truman Capote's In Cold Blood as the two best nonfiction crime books ever. In 2006, Entertainment Weekly magazine named Manhunt one of the ten best books of the year. Swanson has degrees in history from The University of Chicago, where he was a student of John Hope Franklin, and law from the University of California, Los Angeles. He has held a number of government and think-tank posts in Washington, D.C., including at the United States Department of Justice. He serves on the advisory council of the Ford's Theatre Society. His other books include the acclaimed photographic history Lincoln's Assassins: Their Trial and Execution, as well as Chasing Lincoln's Killer, and adaptations of Manhunt and Bloody Crimes for young readers. In 2014 his title, The President Has Been Shot!: The Assasination of Joh F. Kennedy, made The New York Times Best Seller List. James L. Swanson was born on Lincoln's birthday. 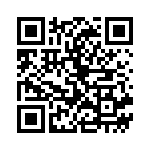