xi. lappuse
Although the date a business was established usually can be determined , it is
difficult , if not impossible , to establish when a professional career was initiated .
A professional's income is the result of investments made throughout his or her
life ...
18. lappuse
The common ground for divorce was some form of cruelty , which many couples
used perjured testimony to establish . ... Initially , the courts retained the right to
determine if the no - fault grounds had been established by the parties , but as
the ...
55. lappuse
In 1966 , Governor Edmund G. Brown , who was enthusiastic about divorce law
reform , established a twentytwo member Commission on the Family . This
commission consisted of one minister , four legislators , six lawyers , four judges ,
three ... 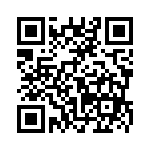