Shane Greenstein is Elinor and Wendall Hobbs Professor of Management and Strategy at the Kellogg School of Management, Northwestern University. 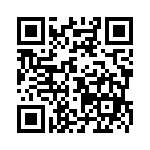