72. lappuse
Subcommittee on Traffic Courts : Raymond P. Drymalski , Chairman , Room 917 , City Hall , Chicago , Ill . John M. Murtagh ... New York 10 , N. Y. Francis L. Van Dusen , Vice - Chairman , U. S. District Court , Philadelphia , Pa .
569. lappuse
THE LEAGUE COURT In 1920 the members of the League of Nations established the Permanent Court of International Justice , the first judicial body with jurisdiction over controversies on a world - wide basis . The creation of the League ...
742. lappuse
The question of the rendering of decisions by the Supreme Court with the concurrence of less than a majority of the full court has been considered by the Court and debated by legislators , lawyers , teachers , and writers almost from ... 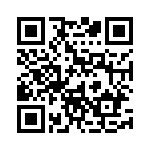