206. lappuse
Jonson was too well acquainted with the Roman theatre , to attribute any thing like 6 shifting the scene ” to it . ... Inigo Jones had made use of moveable scenes a few years be . fore at Oxford , and the players could not be insensible ...
229. lappuse
This scene will come under the censure which Dryden passes on some others in this play , and on a scene of our author's Sejanus . Jonson himself , says that critic , in Sejanus and Catiline , has given us this oleo of a play ...
247. lappuse
SCENE I. The Field of Mars . Enter CICERO , Cato , CATULUS , ANTONIUS , CRASSUS , CÆSAR , Chorus , Lictors , and People . Cic . Great honours are great burdens , but on whom They are cast with envy , he doth bear two loads . 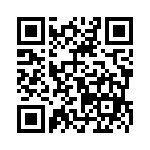